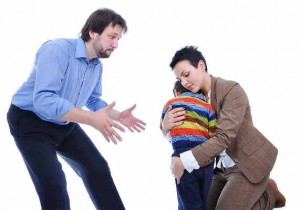 When Do We Become Adults?

When Do We Become Adults?

We live in a politically correct world where all people are supposed to be treated as equals. Which is why I found a recent family law case is particularly noteworthy.

Not in the case of divorce.

Is it good that we treat children of divorce different from other children? I’m not sure. But we do treat them differently.

One instance of that occurs when an 18-year-old child is still in high school and living at home. In that case, a parent is still obligated to pay child support – until the age of 19 and a half, or until the child graduates high school, whichever comes first.

So if a parent is obligated to pay child support, shouldn’t the child be obligated to spend time with each parent as decreed in the divorce judgment?

The case I was arguing involved a child who did not want to go to his dad’s house for parenting time, but his dad still had to pay child support. He decided he didn’t like dad’s rules, so he lived with his mom.

I argued based on my interpretation of the relevant statute, (Section 722.27(1)(c) of the Child Custody Act), that the court had the authority to enforce the parenting time schedule set forth in the parties’ Judgment of Divorce.

Think about it practically: if the dad (my client) had to pay child support, then shouldn’t he also have the right to see his son and continue to parent him?

Shouldn’t the mom continue to be obligated to send the son over to dad’s house as she had to when he was younger than 18?

The Judge disagreed with my interpretation of the law.

“Oh, so now we’re going to treat children of divorce differently than other children?” I challenged – we do.

“Yes,” the Judge replied. “Maybe we are. They are having a different life experience, after all.”

Not only do I believe in consistency, but I believe the law requires it as well, so, in the case of divorce if the court can mandate that child support continue to be paid on behalf of a child, I believe the court should also modify or enforce the parenting time agreement.

My argument was that the statute provides the Court with the authority “to modify or amend its previous orders for proper cause shown or because of change of circumstances until the child reaches 18 years of age and, subject to section 5b of the support and parenting time enforcement act . . . [that requires a parent to pay child support] . . . until the child reaches 19 years and 6 months of age.”

Simply put: if the Court wanted to enforce it, the precedent exists.

Said the Judge: “When you’re 18, you’re an adult in the eyes of the law. That’s the age of majority, and the courts don’t retain jurisdiction over you except for child support purposes. A parent still has to pay child support for that child until he/she graduates from high school or turns 19 1/2, whichever happens first.”

Interesting, isn’t it? If you are not divorced, when your child turns 18, you no longer have a legal obligation to support him/her. You also, legally, can’t make him/her attend school.

And yet, is that realistic if your child is still living in your house?

It comes down to a question of whether the law should say (more clearly and without fear of the unpopular result) that an 18-year-old child still needs guidance and parental support.

There are so many children in this country – and throughout the world – with no parents to guide their way. They are desperate for the love and nurturing that comes with guiding parental oversight. When we have it, we want to shrug it off.

I suggest that we look at a broader picture of “need” when it comes to family – parenting time may be a pain for an older teen, but that precious guidance a parent can offer is priceless. Let’s not throw away the very compass that has set us on the right course up until now. 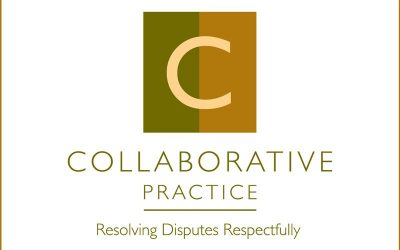 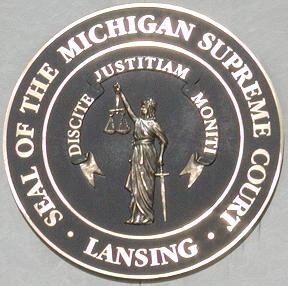 The Michigan Supreme Court made a recent landmark statement, sending a case involving grandparents’ rights back to the trial court for further legal proceedings.

The issue at hand: whether the grandparents, whose deceased son’s parental rights were involuntarily terminated, have a right to seek grandparenting time with their grandchildren.

The answer: you bet they do.

Let’s take a step back and look at it from a legal angle. Then I’ll get into the nitty-gritty on this particular case.

The question of whether grandparents have the right to time with their grandchildren was answered affirmatively by the Michigan Supreme Court in 2003, followed by legislative action in 2005 when the Grandparenting Time Bill was signed into law by the governor.

This law is intended to allow grandparents and grandchildren access to each other in appropriate circumstances while still protecting parents’ rights to decide what is best for their children.

One situation where grandparents do have standing is where the child’s parent, who is a child of the grandparents, is deceased.

In this particular Michigan court case (Porter v Hill), the trial court ruled that the grandparents did not have standing because their son’s parental rights were involuntarily terminated prior to his death.

The father may have been a bad enough guy to have his parental rights terminated – but does that mean his parents shouldn’t have the right to see their grandchildren?

It’s a tough question and not one with easy answers. For one, the behaviors of the father may or may not reflect his own parents’ character.

Secondly, the children’s mother sought to keep the kids away from a destructive father – but would knowing his side of the family harm them?

While the mother might think so, sometimes we let emotions drive our decisions. The grandparents in the Porter case kept fighting to see their grandchildren, all the way up to the Michigan Supreme Court, which ultimately decided that under the Child Custody Act, the grandparents do have standing because “a biological parent is encompassed by the term ‘natural parent,’” as defined in the statute, “regardless of whether the biological parent’s parental rights have been terminated.”

There is no question that grandparents have a huge impact on grandchildren. Children need to know where they come from; connections to relatives from all angles enhance a child’s sense of self and family.

From my experience, there are always two sides to every story. When we’re not personally involved in it, it’s hard to know what the real truth is.

It’s never a bad thing to have a relationship to grandparents unless they themselves have questionable character. Grandparents offer children many positive experiences and a deep understanding of who they are and where they come from.

In this specific case, even though the children’s father died under negative circumstances, and had he lived, he would have been a bad influence, he’s still their father. Children should know where they come from otherwise they spend their entire lives wondering who they are.

In the future, without access to their kin, the children will question that side of their family tree. This way, if appropriate as determined by the court, the children may have the opportunity to know loving, nurturing relatives, and answers, as well.