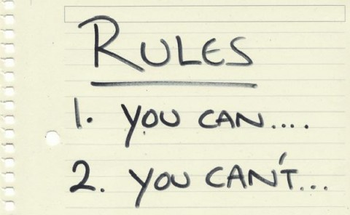 A client recently insisted that she couldn’t tell her 14-year-old that he had to go to his dad’s house for parenting time.

I believe my client’s perspective with regard to not telling her child what he had to do is a sign of a greater societal problem: When did parents stop being parents and start being afraid to take a stand?

Another client mentioned that the only way his daughter could get his attention was to call him by his first name. Is this something to be proud of, or does it signify another, greater problem in society today?

Initially, this might seem to be a sign of disrespect toward the parent. But in context of what my client was saying, what it told me was that the dad was not focusing on his daughter when she is with him. Respecting one’s parents depends on parents setting boundaries and expectations – not on children’s behaviors.

What you allow they will do. What you won’t stand for they won’t even try.

I read an article recently about why teens today are more brazen than their barrier-pushing peers of yore. It turns out, it’s the parents’ fault – parents today want to be best friends with their kids, not authority figures. And by striving to be cool, hip and fun to be around, parents are losing credibility.

Plus, we live in an increasingly sarcastic society where there are no apparent limits on behavior, language or much else.

Honor thy parents is an ancient decree that the Judeo-Christian world lives by. It’s in the 10 Commandments, for goodness sake!

That means that parents are responsible for setting standards of behavior in the home. There is not a separate Commandment for children or parents of divorce. Don’t let your personal feelings and emotions about your former spouse derail you from this basic tenant. Insist that your child respect the other parent . . . or you could be next.

When a child calls his parent by a first name because it’s the only way to get attention, then not only are parents not setting proper boundaries, they’re not setting their own proper focus. Pay attention to your kids when they’re with you. Stop multi-tasking, stop texting/checking email/connecting to technology.

Be the role model you’re supposed to be for building healthy relationships.

When we are clear on what matters, we set that example for our children. Respect comes from the tone we set as parents.

You are the authority figure. You set the rules.

And you live by them, too. 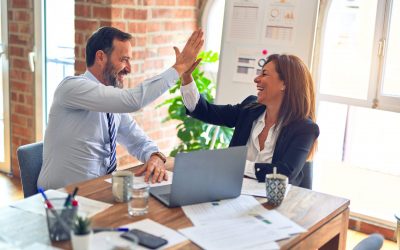